What Is a Leveraged Buyout? 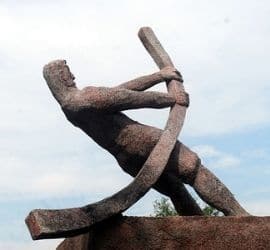 In the world of corporate finance, a leveraged buyout (LBO) is a transaction where a company is acquired using debt as the primary source of funding.  LBO transactions typically occur when a private equity (PE) firm borrows as much as it can using a variety of lenders.  Up to 70 – 90 percent of the purchase price is funded with borrowed money.  The remaining balance is funded with their own equity.

In a leveraged buyout (LBO), there can be a ratio of 90% debt to 10% equity. Because of this high debt-to-equity ratio, the bonds issued in the buyout are not always investment grade.  They are sometimes referred to as junk bonds. Further, many people regard LBOs as an especially ruthless, predatory tactic. This is because it isn’t usually sanctioned by the target company. Ironically, a profitable company’s success can be used against it.  Assets on the balance sheet are targeted as collateral by the hostile company.

LBOs are conducted for a number of reasons. One reason is to take a public company private.  A second reason is to spin-off a portion of an existing business by selling it.  A third reason is to transfer private property, as is the case with a change in small business ownership. It is usually necessary that the acquired company, in each of these scenarios, is profitable and growing.

Why Use a Leveraged Buyout?

A leveraged buyout can be part of a mergers and acquisitions (M&A) strategy. They can sometimes be used to acquire the competition, to enter new markets, or to help a company diversify. Buyers like leveraged buyouts because they don’t have to put in very much of their own money.  Additionally, this allows them to report a higher internal rate of return (IRR).  Leveraged buyouts earned a bad reputation in the 1980s after a series of well-publicized hostile takeovers.  Today, it is a relatively common method for selling a business. The seller is able to get the price they want for the sale of their business.  It paves the way to exit the company with a solid plan in place for continued business. A leveraged buyout is a common strategy for business owners to retire.  It lets professionals, like doctors and dentists successfully cash out at the end of their careers.

To take a public company private

To break up a large company

Sometimes a company may grow large and inefficient, such that the whole is worth less than the sum of its parts. In this case, an investor may purchase the company and split it up.  It may be more valuable to sell it as a series of smaller companies. For example, Motorola is splitting its consumer-oriented side, which makes cell phone and cable set-top boxes.  Consumer products will be separate from the professional business of selling police radios and barcode scanners to government agencies and large companies. The new companies will be called Motorola Mobility and Motorola Solutions.  An LBO using this strategy can give smaller companies a better chance to grow and stand out.  They can be more manageable and focused than they would have been as part of an inefficient conglomerate.

To enrich shareholders and owners

When a company is purchased, one way or another the purchase price flows to the owners.

This means that a leveraged buyout comes with a significant conflict of interest.  The decision-makers in charge of approving any acquisition stand to personally make a lot of money.  This will occur even if it results in saddling the company with unsustainable debt obligations. In cases where an investor is purchasing the firm, often that investor will already own significant holdings in the target firm.  As a result, it gives them an additional stake in this personal enrichment.

An LBO is similar to the practice of leveraged buybacks.  This is where shareholders have a company assume significant debt in order to buy back its own stock on the open market. In both cases, the company takes on a significant financial liability.  The conflict of interest occurs with a transaction that directly enriches the individuals making that decision.

Why do Private Equity Takeovers Use so Much Leverage?

The use of leverage (debt) enhances expected returns to the private equity firm executing the deal.  By putting in as little of their own money as possible, PE firms can achieve a large return on equity (ROE). Private Equity firms are typically compensated based on their financial returns.  The use of debt in an LBO is an essential ingredient in achieving their targeted rates of return.

While leverage increases equity returns, the drawback is that it also increases risk. By strapping multiple tranches of debt onto an operating company the PE firm is significantly increasing the risk of the transaction (which is why LBOs typically pick stable companies). If cash flow is tight and the economy of the company experiences a downturn they may not be able to service the debt and will have to restructure, most likely wiping out all returns to the equity sponsor. (Source:cfi.com)

What type of Company is a Good Candidate for an LBO?

Generally speaking, companies that are mature and stable are potential candidates for a leveraged buyout. Given the amount of debt that will be added to the business, it’s important that cash flows are predictable.  High margins and relatively low capital expenditures are also an advantage.  Steady cash flow is what enables the company to service the additional debt.

An ideal candidate for a leveraged buyout is a company that has a stable cash flow, has low outstanding debt, and is undervalued. Companies with these characteristics are most likely to avoid bankruptcy and maximize profitability for their buyers. Stable cash flow is perhaps the most important characteristic that an LBO target company needs to possess. Stable cash flows will help the business to survive while it pays off the significant debt it incurred during the acquisition. If the company can’t handle the new debt, it will be forced into bankruptcy.  In that event, the PE firm will lose its entire investment and the bank will seize the company’s assets as collateral.

Another key feature of LBO target companies is that they have low outstanding debt at the time of acquisition. If a large amount of debt already exists when the buyout occurs, the company almost certainly will not be able to handle the payments associated with its pre-existing debts in addition to those associated with the leveraged loan. The leveraged loan would demand even higher rates in this situation, creating a nightmare scenario for the business. Because the money to be made in an LBO is in the margins, an undervalued company can save buyers money by reducing the total cost of the acquisition, which therefore reduces the total size and cost of the loan. When the target company is resold, its newly restructured management and greater efficiency make for a higher valuation, increasing profits considerably. (Source:medium.com)

An Example of A Leveraged Buyout (LBO)

Leveraged buyouts have had a spotted and checkered history. In the 1980s, several prominent buyouts led to the eventual bankruptcy of the acquired companies. This was mainly due to the fact that the leverage ratio was nearly 100%.  The interest payments were so large that the company’s operating cash flows were unable to meet the obligation.

One of the largest LBOs on record was the acquisition of Hospital Corporation of America (HCA) by Kohlberg Kravis Roberts & Co. (KKR), Bain & Co., and Merrill Lynch in 2006. The three companies paid around $33 billion for the acquisition of HCA.  LBOs are often complicated and take a while to complete. For example, JAB Holding Company, a private firm that invests in luxury goods, coffee, and healthcare companies, initiated an LBO of Krispy Kreme Doughnuts, Inc. in May 2016. JAB was slated to purchase the company for $1.35 billion, which included a $350 million leveraged loan and a $150 million revolving credit facility provided by the Barclays investment bank. However, Krispy Kreme had debt on its balance sheet that needed to be sold, and Barclays was required to add an additional 0.5% interest rate in order to make it more attractive. This made the LBO more complicated. (Source:investopedia)

Benefits of a Leveraged Buyout

LBOs have clear advantages for the buyer:

Advantages for the seller:

Up Next: What Is Sandbagging in Business and Finance?

Sandbagging is a strategy of lowering the expectations of a company in order to appear to produce greater-than-anticipated results.  In a business context, sandbagging is most often seen when a company’s top executives manage the expectations of shareholders.  They do this by providing guidance that is well below what they know will be realistically achievable. In other words, management will purposely low-ball projected earnings and other performance indicators.  As a result, the company achieves better-than-expected results and investors are significantly more impressed.  Psychologically, it is better to over-deliver on mediocre guidance than to just meet average expectations.

Sandbagging occurs when a company intentionally lowers its estimation for success with the goal of producing greater than expected results.  When the expected results are surpassed, the company will be seen as financially savvy.  The top employees may even receive a bonus in appreciation of their good performance. 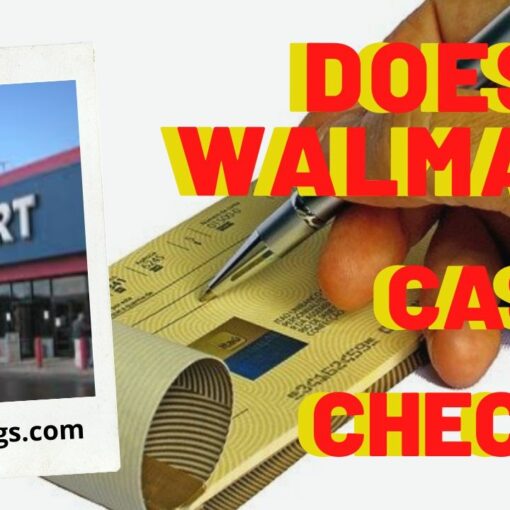 Walmart Check Cashing Fees and Guide for 2020 Does Walmart cash checks?  Yes, it does!  Did you know that 90% of Americans […] 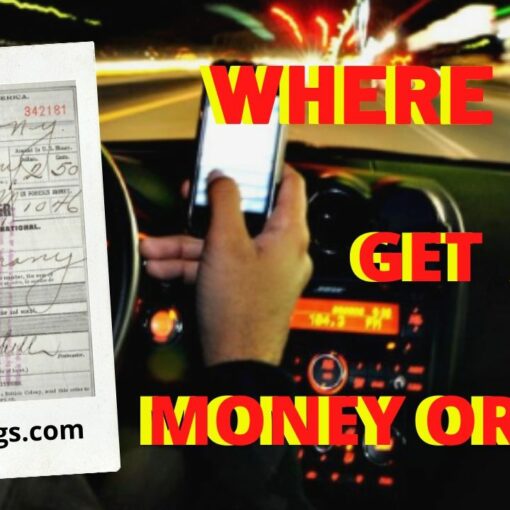 Best Places To Get a Money Order In 2020 Checks, bank transfers and credit cards are by far the most common ways […] 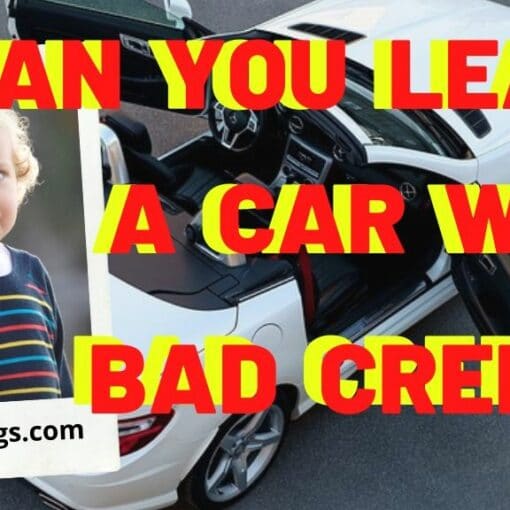 Can You Lease a Car With Bad Credit?  Bad Credit Car Leasing Guide for 2020 Leasing a car can be a good […]