What is an Original Equipment Manufacturer (OEM)? 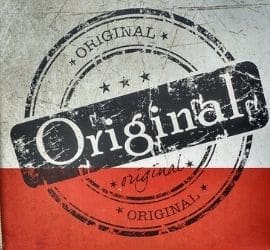 An Original Equipment Manufacturer or OEM is a company (Company A),  that manufactures and sells products or parts of a product.  That product is purchased by another company (Company B) and used as a component in its product offering.  Company B sells the complete assembly to its own customers under its own branding. OEMs commonly operate in the auto and computer industries.

The second firm or Company B is referred to as a value-added reseller (VAR).  By augmenting or incorporating features or services, it adds value to the original item. The VAR works closely with the OEM.  An OEM will often customize designs based on the VAR company’s needs and specifications.  An OEM is often the direct client of a retail company that sells directly to consumers. For instance, a Dell laptop computer parts aren’t all manufactured by Dell. Some parts, such as its processor or memory module, are likely the products of an OEM – for example, Intel or AMD.

An original equipment manufacturer (OEM) typically provides the components in another company’s product.  The OEM works closely with the seller of the finished product, often known as the value-added reseller (VAR).  However, in the computer industry, OEM may refer to the company that buys products and then incorporates or rebrands them into a new product under its own name.  Traditionally, OEMs focused on business-to-business sales, while VARs marketed to the public or other end users.  OEM products should not be confused with aftermarket products.  Aftermarket products are often replacement parts that are generic and cheaper than an OEM’s parts.

Essentially, Value-Added Resellers or VARs sell products from an OEM.  But they usually incorporate added features before doing so. The two share a mutually beneficial relationship.  VARs help OEMs sell their products and OEMs entrust their products to VARs for enhancement and distribution.  The finished product will usually have more features and better performance than without the OEM contribution.  Traditionally, OEMs focused on business-to-business sales, while VARs marketed to the public or other end users.  Although some OEMs do make complete items for a VAR to market, they usually don’t take a direct role in determining the finished product.

OEMs have the expertise and resources to create the product the VAR needs quickly, in large quantities, and at a low wholesale price.  In exchange, a VAR uses an OEM part because it’s economical and safe to do so.

Because an OEM’s parts are sometimes critical to a VAR’s supply chain, the relationship between OEM and VAR can be very complicated. The OEM’s part is not always distinguished from the complete VAR solution when it’s marketed.  As a result, if the component or software malfunctions, the VAR is usually the one held accountable by the consumer instead of the OEM. This means an OEM is expected to offer a solid warranty for the parts supplied and quality customer service in case of problems. This is not always an exclusive partnership.  Many OEMs will make a product that is licensed to numerous VARs.  Sometimes, components are even sold directly to the public in the OEM’s own solution. Likewise, a VAR might use parts from multiple OEMs in their own product.

A common example might be the relationship between an OEM of individual electronic components and a company such as Sony or Samsung that assembles those parts in making their HDTVs. Or a maker of buttons that sells to Ralph Lauren its little fasteners customized with the letters RL stamped on them. Typically, no one integrated part from an OEM is recognized as playing an especially significant role in the finished product, which goes out under the corporate brand name. As of early 2019, an increasing number of OEMs are selling their parts or services directly to consumers (which, in a way, makes them a VAR).  For example, people who build their own computers can buy graphics cards or processors directly from Nvidia, Intel, or retailers that stock those products.

Similarly, if a person wants to do their own car repairs, they can often buy OEM parts directly from the manufacturer or a retailer who stocks those parts.  One of the most basic examples of an OEM is the relationship between an auto manufacturer and a maker of auto parts. Parts such as exhaust systems or brake cylinders are manufactured by a wide variety of OEMs. The OEM parts are then sold to an auto manufacturer, which then assembles them into a car. The completed car is then marketed to auto dealers to be sold to individual consumers. Source: investopedia.com

There is a second, newer definition of OEM, being used in the computer industry. In this case, OEM can also refer to the company that buys products and then incorporates or rebrands them into a new product under its own name.  For example, Intel supplies its central processing units (CPUs) to Dell Technologies.  Dell then incorporates them into its personal computers and sells a complete PC system directly to the public. In the traditional sense of the term, Intel is the OEM and Dell the VAR. However, the computer’s product guide for consumers is most likely to refer to Dell as the OEM.

As you can see, the term is sometimes used ambiguously.  Nevertheless, an OEM traditionally is a vendor that sells its products to another company called a value-added reseller.  The VAR will then add other hardware, software, or customizations and package it for end-users. This is similar to raw materials suppliers, such as a farmer who provides local fruit and vegetables to a restaurant.

An Original Equipment Manufacturer produces original equipment.  However, an aftermarket manufacturer makes products that look and work interchangeably with those of the OEM.  The parts are not considered original products.  They are typically manufactured by companies without approval from the OEMs to produce such products. These copied parts can be made by locally-based or foreign competitors.  Though usually cheaper, the products are not guaranteed to function as well as the OEM product.

In fact, OEM parts are essentially the opposite of the aftermarket parts. OEM parts are made specifically for the original product.  Aftermarket refers to equipment made by another company that a consumer may use as a replacement.  Usually, consumers buy an aftermarket product because it’s cheaper or more convenient to obtain. But sometimes aftermarket producers do such a good job in manufacturing a specific part that it becomes well-known to consumers, who actively seek it out.

An example of this is the success of Hurst Performance of Warminster Township, Penn., a manufacturer of gear shifters for automobiles. Hurst shifters became so well-known for their superior performance that car buyers would insist on having them as a replacement part, or sometimes would purchase and install them before the originals even needed replacing. Hurst also made OEM parts for muscle cars from several automakers. For example, say a person needs to replace their car thermostat, created expressly for their Ford Taurus by ABC Thermostats. They may buy the OEM part, which is a duplicate of their original ABC thermostat that was used in the original manufacturing of the vehicle. Or they may buy an aftermarket part, an alternative made by another company. In other words, if the replacement also comes from ABC company, it is an OEM; otherwise, it is an aftermarket product. (Source:investopedia.com)

To better illustrate how OEMs work, consider an example. Micron Technologies manufactures memory devices for the computer industry.  They will not produce only one type of memory product but several versions of it.  These devices are then sold to various computer manufacturers and retailers. Those companies are value-added resellers who market directly to the public where Micron markets business to business.

OEM parts are prevalent in the technology and transportation industries. For example, a car manufacturer like Ford or Honda might source the tires, window glass or tail-lights from an OEM. The ultimate customer does not usually make a distinction between who makes the part and Ford or Honda. The VAR, in this case, the automaker, has the benefit of saving on production costs by outsourcing the less significant parts.

Here are some benefits one gets from buying OEM products:

The evolution in the use of the term OEM is usually attributed to the computer hardware industry.  Some VAR companies such as Dell, IBM, and Hewlett Packard started to accept branded parts from outside sources in their own products. So over time, OEM came to refer to companies that rebrand or openly use other manufacturers’ products for resale.  Most of this had to do with which company was responsible for warranties, customer support, and other services.  But, it also reflected a subtle shift in high-tech manufacturing dynamics. In one instance, Dell stopped using chips from anonymous makers and switched to Intel for its computer processors.  Since Intel is a brand name, it brings added value to Dell’s computers.

Not only does Dell advertise this prominently (using the slogan “Intel Inside!”), but its marketing materials also suggest that Intel and Dell are equal partners in the processor and computer design. This is a contrast with Dell just telling Intel how to build the processors, as it did with its old suppliers. All of this makes Dell the OEM, both in the minds of companies supplying the assembled parts and in the public’s mind (after all, people think of the finished hardware and software package they buy as “a Dell computer”).  The term OEM (which can also be used as an adjective, as in “OEM parts” or even a verb, as a manufacturer saying it plans to OEM a new gizmo). Source:investopedia 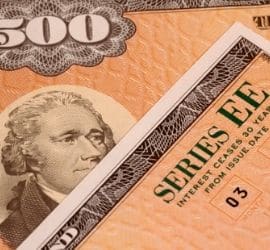 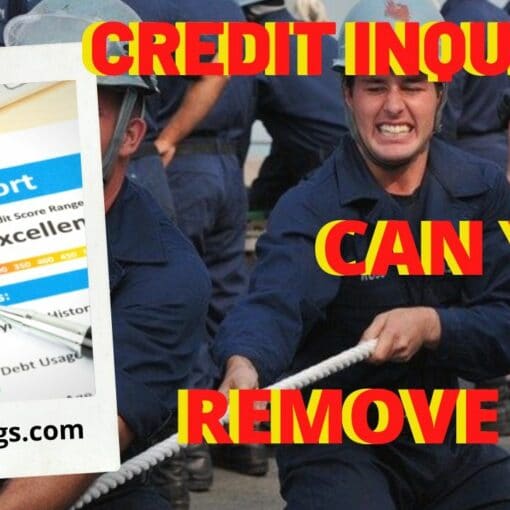 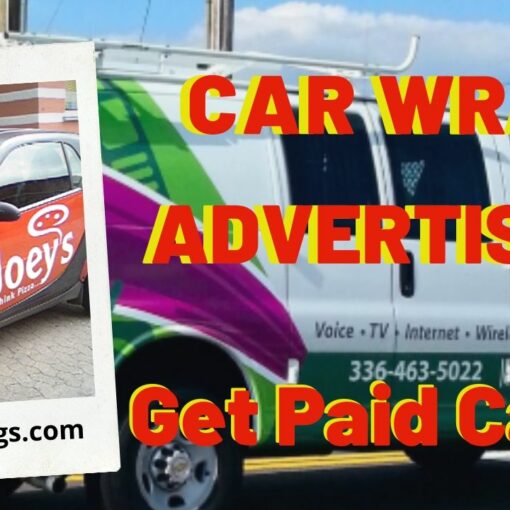 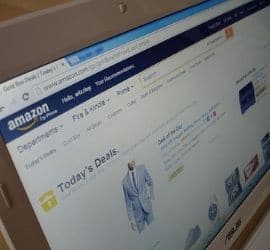 Amazon Price Match Policy Have you ever bought something on Amazon only to see the price drop after your purchase? Most likely, […]